How could a day offer more than this: 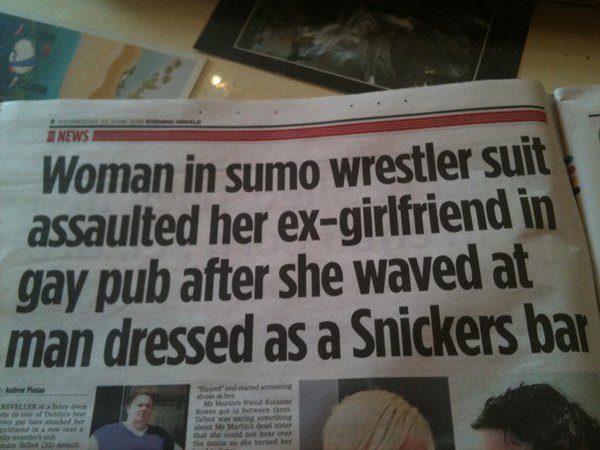 For the first time in 147 years, a Russian naval vessel has docked at the port of San Francisco.

I saw a few of the sailors hanging out at the AT&T Store at First and Market, at Mechanics' Square; about six in the store, a dozen walking around outside, looking around, just happy to be there.  One of them had a brand-new NFL football that he was tossing around.

I was thinking about asking one of them if they had any nuclear weasels, decided it was not a very funny idea.

Just as I crossed the street to catch my train, what to my wondering eyes should appear but a San Francisco crazy baglady, dressed in whatever  she could find that didn't fit her or match anything else.  She was bellowing 'In the Navy' (badly), and sure enough, headed right for a group of Russian sailors and started braying at them.  God knows what those poor boys thought, or how they got away.

And, to top it off, these clean-cut kids from the Caucasus have hit town just in time for Pride Weekend.  Their zampolit must be going batsh*t, trying to keep these boys out of trouble.

And that, kiddies, is what makes the world go 'round.
Collapse